Chapter 1. Why Ashmita won’t eat (and how to make her!) | Welcome to Ashmita’s story.

To be honest, I did not want to reach out to y’all anytime soon, but rest of the team at Sowers made me do it (they collectively kicked me in the behind!) So here I am to tell you what I am like and what has been up with me. The good news is I had been knee-bent in mess too, lately, so I can be an interesting story!

I’m Ashmita. I’m 170 centimetres and 55 kilograms. My backpack is always a little heavier than me. Petite-to-Fat people love telling me how I should be eating more (one of the many ways people can hint you’re not enough!) I look at them and I’m like “Nah!” Sometimes I’m surprised because I never thought I would grow up to love myself all that much. But I had not been showing myself love all that much lately. I hadn’t been eating well!

As we take Sowers further, you would discover how much I love to talk about organised living for women. As women, we have so much to take care of: our food, and mood, and everything else. Women are a new person every day. No wonder men have a hard time figuring us out!

So as much as I love talking about it, I was not being all that careful lately. You know how we plan certain things out and they turn out to not happen in our timing? And how it pisses us off so much that we want to kick at least somebody’s behind? And how we end up kicking our own behind? Which was not biologically possible all that long, but now it is? THAT!

So as THAT was coming to pass; I was fighting a little fight on this inside. As an unwelcome consequence to it, my appetite dropped. I stopped eating altogether. I would only realize it after the day would come to an end that the only ‘meal’ I’ve had was an evening snack. And it happened for several days despite my repetitive decisions to make it stop. I would just not eat!

If you Facebook search ‘Ashmita’, you would find a page :- Why Ashmita won’t eat (and how to make her!)
I was so not eating, I decided to make that page!

Kidding. Nobody I know runs that page. But possibility is, Ashmitas all over the world have difficulty eating all that much, in general!

So I decided I would eat when I’d feel like. But then came Sunday, and I ended up at FOLJ with Sam Alex. You know how on some days the entire sermon is dedicated to making you eat? It was one such.

To begin with, Sam told us to raise our swords (Imaginary swords!); we did. I would LOVE it if you do it too right now, as you read it! With everybody else, I raised my sword too, up high, showing off the fighter I had been lately! Then he told us to drop them. I dropped it, with everybody else, waiting to see what else he had in store to offer. Sam then continued to say the following words:

Now pick up your fork, and your spoon. And EAT! (Capitalized for emphasis) 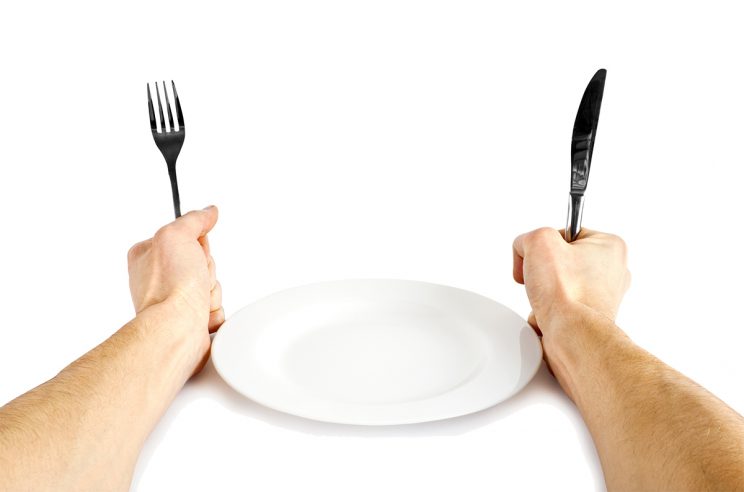 EAT got me all ears. Why Ashmita won’t eat, and how to make her! Perhaps I was going to find an answer to it!

The rest of the sermon was dedicated to how eating can mean so many things.

Eating – Making the best of whatever opportunity is at hand.

Eating – Gladly accepting what God has put before us for the moment.

Often when stressing for the things we deeply desire to come to pass, we tend to neglect what we should be eating from the table at the present. We neglect the doors already open; we neglect readily available meals; we shudder off duties and are least bothered about responsibilities. We raise up our sword and want to fight for a tomorrow that is yet to come. We do not pick our spoons and eat from what today has to offer.

Therefore do not worry about tomorrow, for tomorrow will worry about its own things. Sufficient for the day is its own trouble.

I dropped the sword. I grabbed a spoon. And if you did the same when I told you to, the only question that remains is: What are you eating today? 🙂

The case for Syria – A testament to ‘Power without the People’ Technology: The challenge to bridle.