Funny how I never noticed the majority-minority division while growing up and now it is just too hard to ignore sometimes. Is it because of my social circle and my view of the world were much smaller and restricted, or is it because it now has a hand behind almost every other conversation, I am not sure. With time and events, not only are these divisions getting more and more noticeable, but the people who keep dragging them into issues are getting bolder, as well. Recently, when a classmate, I had known for about for a couple of weeks, approached me and asked me why I don’t have a ‘Ghar Wapsi’, since my ancestors were once Hindus and I have a Hindu god’s name for a surname, I think I was more surprised than I was insulted. Insulted, because how easy it is for some people to assume that the commitment they have for their faith, other cannot have for their own. Surprised, because one doesn’t always have to face consequences for their speech, a privilege, what I as a minority, have forgotten feels like. Media is called the fourth pillar of democracy and is thus ideally expected to be unbiased. In recent times, however, its credibility and loyalty to the nation and all its residents without any prejudice are being questioned, again and again. In a series of sting operations, Cobra Post revealed how easy it was to buy off and influence leading media organizations of the nation. To study in a Journalism University and see how people are unafraid to impose their opinions on you and imply that their community is superior to yours, you understand how it is easy to corrupt the greatest influencer of a democracy. Media is an institution that asks you to separate your job and your opinions; because of the power it wields to influence the masses. But when the people who have this responsibility do not hold back on their bias, it becomes clear why the integrity of the institution is being criticized. This reflects in the culture of the majority. The majority’s oppressive and controlling nature is not a result of a ‘threat’ to their culture from the minorities but of a sense of superiority and the knowledge of power they hold. It is because they know they can get away with it, while others can’t. Although the dissection of the issue at hand is possible to quite an extent, I find it hard to answer that why are people so afraid and insecure? Why do they undermine their own commitment to their faith, and fear that the minorities can control them? Whose fault is it that they fear to falter? Why are they so opposed to thinking for themselves and questioning the authority of their communities? Only if more people asked themselves these questions, then we would at least be a better people, irrespective of our ability to answer. 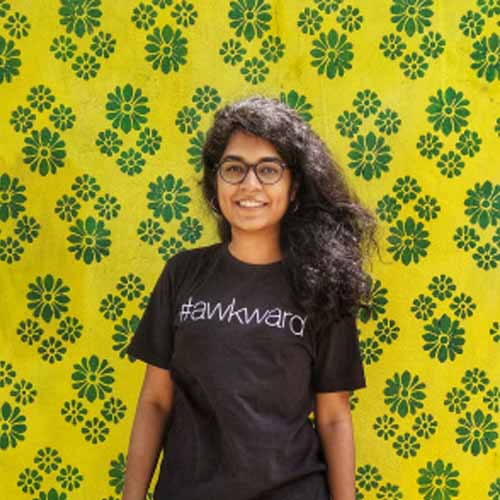 She is a graduate student and likes to call herself the leader of the Resistance against everything boring and monotonous. Her alliances lie with everything that evokes emotion, everything that compels her to think, and everything that causes unrest until she talks about it. She is a contributing author at Sowers.

Procrastinator? You bet! | Shikha’s Story We encourage you to come out | Let’s Talk Depression.