News Media: Has it lost its meaning?

By Wikipedia’s definition, news media or news industry are forms of mass media that focus on delivering news to the general public or a targeted public. Oxford Dictionary defines news as Newly received or noteworthy information, especially about recent events. It’s important to know these definitions and see whether News Media as we know them today comply with the definition. If they do, it’s well and good, if not there is a serious problem.

Growing up, I had only two ways to access news: the daily newspaper and DD news. Only DD news because we didn’t have cable connection at our place till I got into 10th grade. News did not bother me much back then, maybe because I was too young, or because I didn’t have access to diverse news channels. But in 2018 having access to every news channel, certain things don’t seem right.

If we tune in to any news channel after 7 PM almost every one of them has some kind of debate running. Sometimes the panel has nearly 12 people shouting at each other while the anchor sits and watches them fight. Debate has become an integral part of news channels that it has become difficult to imagine news without a debate. Debates are not bad but the place of them in a news rooms seems to have become over rated. The idea of a news broadcast is to report and deliver news, not debate. Debate delivers opinion which is not the primary work of any news network. Although debates helps in bringing in diversity of opinion but news channels are not the platform. 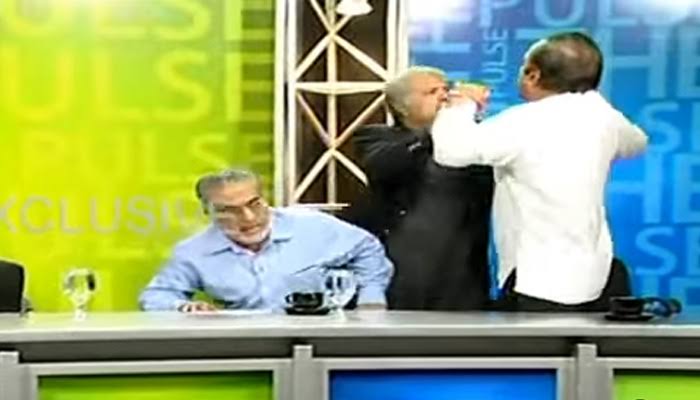 Recently a video from a famous news channel went viral in which two people ended up fighting in the debate, quit literally. Upon close observation, it looked scripted. How did we end up here? A news channel on its prime time having a pre-planned fights? How is it different from a reality TV show? This is not what news broadcast was supposed to be.

Anchors: The Judge, Jury and Executioner.

Anchors or the news presenter are journalists. Since times immemorial, their job used to be to present news. The present situation of some news presenters is: they themselves are news presenters, the debate moderator, the judge- who decides what is right, the jury- they find the guilty party, the Executioner. Who gave them the authority? How did anchors who become so much more? Does a spot in the prime time enable them to become whatever then want? News presenters are just news presenters; nothing more.

Beneath everything it seems now a days, some news channels carry agenda. They act as the media arm of an ideology rather than a news media. A clever narrative is added to everything they deliver. Instead of news they give opinions. This carrying of narrative is not only bad but dangerous. The narrative catalyses polarization over issues of national importance. It adds fuel to the fire. The problem is deep and is one of the main reasons for the current state of nation.

The People and the media

The more a news channel sensationalizes the news more people are attracted towards it. The news channel have become exciting, thrilling and the atmosphere is so electrifying that sometimes it becomes alternative for other entertainments. Because people are gullible, media houses don’t fail to take advantage of them. People tune in to channels that deliver exactly what they want to hear. They don’t like to be challenged by alien perspectives. The news channels tell them exactly what their itching ears want to hear.

These is just the tip of the iceberg. There are many more issues that have to be exposed and reflected upon. Each problem stated here goes much deeper which we will try to look into in the days to come. What is the purpose of writing this? In this fast moving, ever changing news industry, it seems that the news industry has wandered off from what it was supposed to be. Although news channels have every right to do things outside of the definition, but that then should not be called news. Let news remain news.

It has been 2 years since I stopped following news broadcast on television and it has been good. It helped to build my own opinion from the facts present.  How do I follow news? To know the things happening around the world I use print media and apps like InShorts, which not only saves time but also helps get not get exposed to unwelcome views and opinion.

My problem with God | Seasons of waiting. Measuring India on a Global scale | World Economic Forum – Part I