Two weeks ago I was asked by a doctorate student to speak on a topic that drew its theme from the book of Proverbs. speak on Commitment. But, this topic didn’t fit with the given theme so I was asked to discuss this matter with the panel and confirm my topic. I sat with the group and discussed as to what needs to be addressed and then finally it was decided that I should speak on Honesty and Integrity.

Frankly, I had never spoken for forty-five minutes in front of a huge audience. But this time I was expected to speak keeping the time limit and the theme in my head – a challenging task to handle both the things. The other temptation was to speak whatever I knew instead of sticking to what the theme demanded. I went through this temptation. Before making my preparations, I thought, “Why not make the talk a little apologetic and take different world-views, presenting it with the idea that the Bible has to offer about honesty and integrity?”

And so, I wrote and email to the organizer in order to get permission. I was happy and thought this would be the time for me to do some apologetic stuff on a different level. Alas! I was wrong. He emailed me back and asked me to drop this idea as he felt it was not a wise move by an amateur like me. I could do nothing but take my idea back and dump it in the garbage. I wasn’t happy and thought that I should change the direction of my talk. (Not all that honest, right?)

But then, I decided that whatever I speak will have its reference completely from the Bible. Either quoting the New Testament or the Old. I couldn’t come up with a better idea of relating Solomon’s life with Honesty and Daniel’s life with Integrity. Although Daniel lived nearly 4000 years ago, his actions still have the power to transform a person’s life in a marvelous way. Not only because his story involved the intervention of a supernatural power but because of how he stood firmly grounded in his faith at the face of trials. This develops character. As I share my experience here I’ll try not be apologetic in what I write. Let’s be grounded as I have resolved.

Difference between Honesty and Integrity?

I did not have a clear understanding of what the difference between these two terms was. I faintly knew what each of them meant but as I began probing deeper I realized that they were not the same. There’s a fine line between the two which completely alters what one has in mind. Previously I thought that if a person is honest he ought to be a person of integrity. But, this isn’t true. The vice-versa isn’t true either. If honesty is a fish, Integrity is water. So the logic goes like this – there can be water without fish, but no living fish without water. Out of water, and the fish is dead. Therefore, honesty demands integrity, and if there is integrity, we can expect honesty like fishes in the sea. This holds true when we reflect upon the lives of Daniel and Solomon. So, let’s consider Solomon’s life first.

In simple words, honesty means living out the truth of who we are. It is outpouring what is on the inside. Honesty simply has to do with truth. Solomon portrayed it better when he wrote some of the books in the Bible. Although it was all his wisdom sent from above, he wrote straightforwardly, without alteration. The toughest line for many of us to gulp may have been to read about his assertion – Everything is meaningless.

As I read about what he did in the end, a question arose. In spite of all the wisdom, wealth and prosperity Solomon had, why couldn’t he live up to the standards of God’s calling in his life? (Though Solomon was honest, he did not know THE WAY!) He couldn’t. (THE WAY came later!) He may have been an honest man but failed to be a man of integrity. Honesty fails when we have no reference by which we ought to test our life, our ways, our faith and grace. Solomon – the wisest man who lived – wrecked his life in the end as we read. So ironic!

Let’s read about what Daniel has to offer in order to teach us a true lesson about Integrity.

Let’s revisit Mathematics here a bit. When we talk about the term Integrity, the first word that comes to mind is the term ‘I‘. Now integer in mathematics is a whole number. It’s not rational, real, irrational or imagery. And so the true meaning of Integrity is wholeness. Something that never changes when it is kept at another place or added with a different integer. 1 added to 1 will always give 2. It can’t return 3 just because the other 1 decided to change his mind and became twice of what it is.

This is what the life of Daniel has taught us. King Nebuchadnezzar and his servants(I know this name is very difficult to pronounce!) tried to influence the mind of Daniel and his friends (refer Daniel 1 ) by asking them to indulge in the food designated ‘unclean’ for the Jewish Nation to which Daniel belonged. But at that moment, Daniel resolved to not defile himself with the food served at the King’s table, even when he had to stay at the Royal court for three years. (He did not let himself be influenced and remained resolute where it was the hardest thing to do; A foreign empire) Daniel resolved. Period. He made a commitment because he knew the responsibilities and the command that God gave to his people. The stand he took proved him to be without fault later on.

Is it possible to live a life of Integrity?

This question needs to be addressed in its fullness in order for us to understand its application in our day-to-day life. Integrity majorly means being true to oneself. Like looking at oneself in the mirror, very carefully. No one can fool all the people, all the time. Integrity has a vast application in how honest we are with ourselves when no one is around us. From cheating in an examination hall to paying a bribe or manipulating (fabricating) issues to retain someone’s trust – it all falls under integrity. There’s a difference between reputation and integrity. Reputation means how others see us but integrity is we admitting fully to who we are.

Integrity comes at a cost. You have to deny yourself. And in order to master a good habit, intense training is required. This, in turn, helps us to become habitual to what we know is right. Our craving is always to achieve an overnight change. But that is not how values are inculcated. If Integrity and Honesty become our mindset, living a life of integrity will become possible. And as we do it, we will begin to bear the fruit – that is Truth. 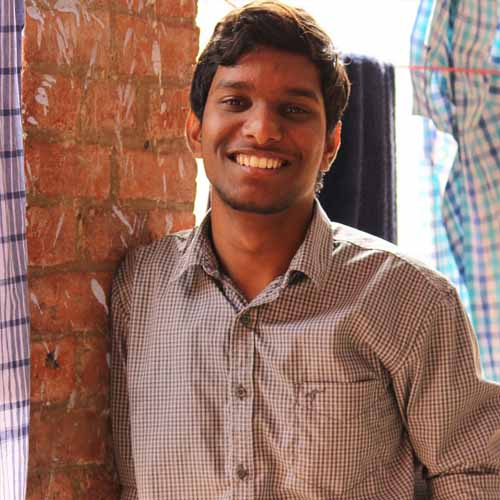 Craters are mesmerizing Prostitution on the World map