MeToo India: A Small Step For A Long Way Ahead

While sifting through my Instagram feed, I stumbled upon a weird video of the actress Rakhi Sawant in which she wears a chain and a lock around her waist. In the video, she mocks every other woman coming out with the stories of the sexual abuse they suffered at the hands of men and disparagingly suggests women to wear a chain and a lock around their waists to save their dignity. In another video, she even invokes Prime Minister Narendra Modi to protect men from such women and says that even he might be wrongly accused of sexual misconduct. What she
presents is a classic case of Male victim-hood, mirroring statements of the American President Donald Trump.

Current MeToo movement in India has exposed a few and frightened many. While there are still a very small number of women who have come up with their MeToo stories, a disturbing countertrend has emerged. Numerous individuals are trying to project the movement aimed against the whole Male Community. And on the social media
platforms, jokes about the MeToo are trending innumerable times greater than the movement itself. Where the first could be seen as a deliberate attempt to dissolve the movement which can perhaps unmask many predators; latter countertrend is definitely careless and insensitive as it normalizes the sexual assault. There is also a band of people who are trying to discredit the movement as an imitation of a similar movement in the west (which according to them) is arising not of the genuine quest of change but out of inferiority complex. Besides being untrue, it is but
pitiable that it doesn’t reduce the seriousness of it by an ounce. Much before MeToo started in the Hollywood, a small but similar series of events happened when a Malayalam actress was assaulted by a group of men allegedly hired by an actor Dileep. It only gained momentum when Tanushree Dutta reinvigorated the debate repeating her 10-year-old allegations of sexual assault against Nana Patekar. It is rather unsettling to know that she did so not to seek justice from a hopeless system, rather, to make things clear from her side against the public slandering vented out at her. She was being asked about them in the interviews all the way to America.

What MeToo has brought in light is a pervasive nature of patriarchy and that is what makes it very important a movement. Women not only have an immense wage gap with men, but they also have to go through string of abuses to get what is rightfully theirs. MeToo doesn’t include flirting and exchange of numbers as a form of sexual assault as some would like us to believe. MeToo may not even be about bringing the powers-that-be to justice for their crimes. It is about creating camaraderie amongst the survivors. It is about cautioning the young women entering educational or professional fields about the preying men or just about the harsh reality.

It is also, in part, an attempt to daunt the men that although they might not be brought to justice but they would be shamed in public. It is a movement that seeks to question the whole system that infringes upon at least four fundamental rights of women in general – right to equality, right to freedom, right against exploitation and right to constitutional remedies.

It is also about questioning the conditioning that justifies the abuse to take place.  It is worthy to note a 2015 case in Australia where an Indian man accused of stalking two women was able to escape the conviction by arguing that he was influenced by Bollywood movies. Should it really surprise us If India happens to be the most dangerous country for women? Misogynistic nature of Indian public is well displayed in its sex ratio (943 females on 1000 males). Reports suggest that every third women in India has suffered physical or sexual violence (or both) violence at some point in her life and this comes out of the paucity of data. It is imperative to note that both predators and survivors of this violence come from vast political, religious, ideological, economic and professional lines. When women from positions and economically stable backgrounds come out with their stories, it not only shows just how unsafe it is for them, it also hints at the larger picture of women from lower strata of the society.

An NGO Sisters For Change has reported that around 60% of women have faced physical, verbal and sexual abuse in the factories. Many fear that the condition could be worse in the unorganized sector. Apart from violence, many women are often denied their wages in case any reporting of the violence is done. It explains the data from National Sample Survey Office [NSSO] which recounts the steep decline in Women’s Work participation in India. Between
1999-2000 (41.0%) and 2011-12 (32.2%), around 21.46% of decline was observed, which particularly affected the rural women.

When people abuse the MeToo movement or make jokes about it, they automatically become complicit in the injustices being perpetrated against women. When women who have come out are called out Feminazis, it is nothing less than a vicious attempt at downplaying Nazism and vilification of justice seekers. It should be understood by all and especially those who say that MeToo shows the weakness of women, that it is not easy for anyone to come out no matter when they do; and it is equally challenging to recount the horror and to silently go through the mental
trauma of the abuse. It must also be understood that many women are still not able to come out for a variety of reasons and it in no way makes them a coward. Instead of cross-questioning the survivors or “alleged” survivors, real questions should be asked from those who have been accused of whether or not they have committed these heinous acts. It is not to suggest that all those who are accused are indeed complicit but in any conventional sense of justice, the benefit of the doubt should go to women because they are the ones who have been en-masse wronged against by every institution for the millennia. Of course, no one should be convicted wrongly, but to say that most women are abusing the movement for personal gains is destructive in nature. Moreover, shouldn’t we as a society introspect ourselves for our fallacies?

Shouldn’t we take a re look at all the conditioning that is done to legitimize our misogyny? Shouldn’t film industry be held accountable for selling us the filth that legitimizes sexual assaults as fun? Shouldn’t we question the Superstars and singers for popularizing the songs that could easily be judged as disregarding the consent? Shouldn’t the questions be raised to those who hold sway about their silence and the reason of their aloofness from an issue that directly concerns half the humanity?

MeToo may not solve the prevalent problem but it does raise many important
questions. 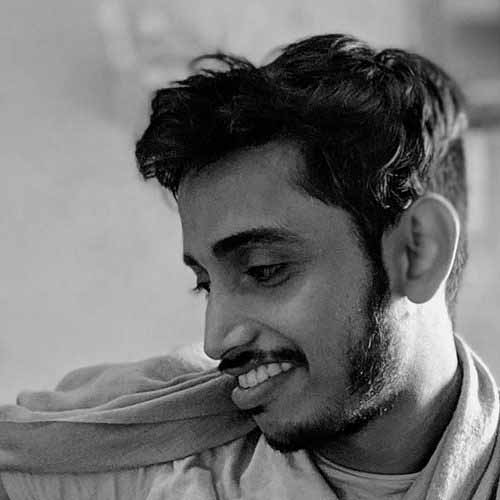 He is a political Columnist for HW News English. He has studied Agriculture Sciences and is currently pursuing M. Sc. Rural Technology and Development from the University of Allahabad. He freelances as a writer and translator.

Five News Outlets You Should Follow. ‘In the Age of False News’ | Journalism that killed Gauri Lankesh.